Why the Sudden Spike in Your Medicare Drug Costs? 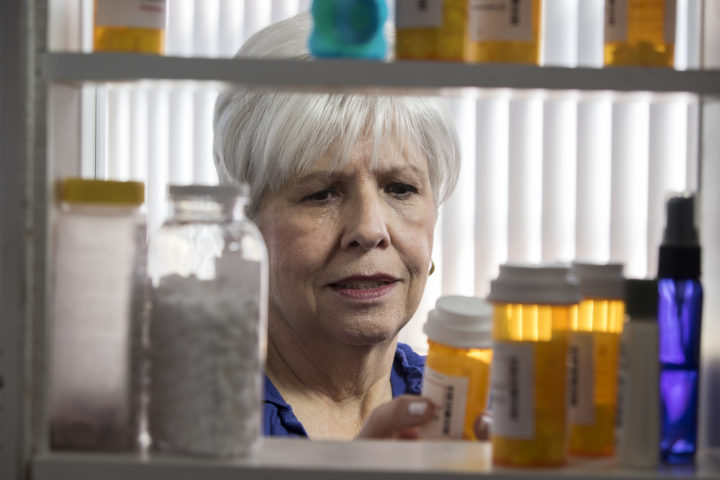 Could this happen to you?

The other day I received a call from a client with a problem:

If you’re on Medicare, and have experienced an annoying spike in drug costs mid-year, I’m going to explain why this sometimes happens, and what you can do about it.

Why Drug Prices Suddenly Go Up

The donut hole refers to a gap in coverage (officially called the “coverage gap”) on Medicare Part D under certain circumstances.

When you hit this gap, your cost sharing suddenly increases.

If you’ve experienced an unexpected  spike in drug costs at the pharmacy counter, chances are, you hit the coverage gap.

Even though the donut hole is slowly being reduced until it goes away for good in 2020,  it’s still affecting thousands of seniors.

Be smart, and aware!

It can really mess up your cash flow if you aren’t careful.

Here’s one example of how you may see a sudden increase in drug prices at the pharmacy.

Starting in January each year (or whenever you first start Medicare Part D, if it’s mid-year), your monthly drug costs are being added up to get to that magic number that triggers the donut hole.

This number resets each January.

The number is also adjusted each year, so may change slightly each year between now and 2020 when the coverage gap is discontinued.

Could you reach the donut hole?

If you reached the donut hole last year (or came very close),  you probably take at least one expensive brand drug regularly.

Even if you’re aware of the donut hole, it’s easy to get blindsided!

The client I mentioned above had already reached the donut hole late last year.

But after an unexpected mini-stroke, she needed yet another brand drug.

With everything going on, the “donut hole” was the last thing on her mind, and she was hit hard, financially.

When starting a new medication, always check to see if it will put you in the donut hole!

Lets back up just a bit to find out what happened, and how to better plan for unexpected price increases.

The client I’ve been discussing takes a regular brand drug for diabetes.

While many diabetes medications are generic, and affordable, she only gets good results when she uses Lantus Solostar (a brand injectable insulin).

Her plan covers this drug at a $47 copay.

See this chart taken from the Medicare.gov search tool.

See where it says “Full Cost of Drug”?

She’s already headed toward the donut hole this year, but adding Aggrenox puts an additional $473.92 amount toward the $3310, each month!

This caused her to reach the donut hole about  5 months sooner than she would have.

Now look at the difference in copays before and after!

Could this have been avoided?

Sometimes there are generic alternatives.

If you can find a generic alternative that works for you, you could significantly reduce the number of months in the gap (or avoid the donut hole altogether)!

Sometimes, however, the generic alternatives just won’t work for your specific condition.

If you try to find a lower cost alternative, and it doesn’t work out, you can submit an appeal to your drug plan to ask them to reduce your cost sharing.

Some drug companies offer coupons for high cost brand drugs.  There might be a way to purchase the drug with other assistance (such as a coupon) without submitting the prescription through your drug plan.  This would prevent the full cost of the drug from adding up and putting you in the donut hole.

Consumer Reports has some tips on finding the best prescription drug prices.

Check the full cost of your new drug before purchasing it.

There’s three ways to find out if your new drug will put you at risk of entering the donut hole:

2.) Call your plan to get the details of the full price of the drug and whether it will put you in the donut hole.

3.) Go to Medicare.gov and click “Find Health & Drug Plans” to enter the search tool and get the details on how your plan covers the new drug.

While I can’t guarantee you’ll be able to avoid the donut hole, checking into this is better than being blindsided by a huge spike in copays.