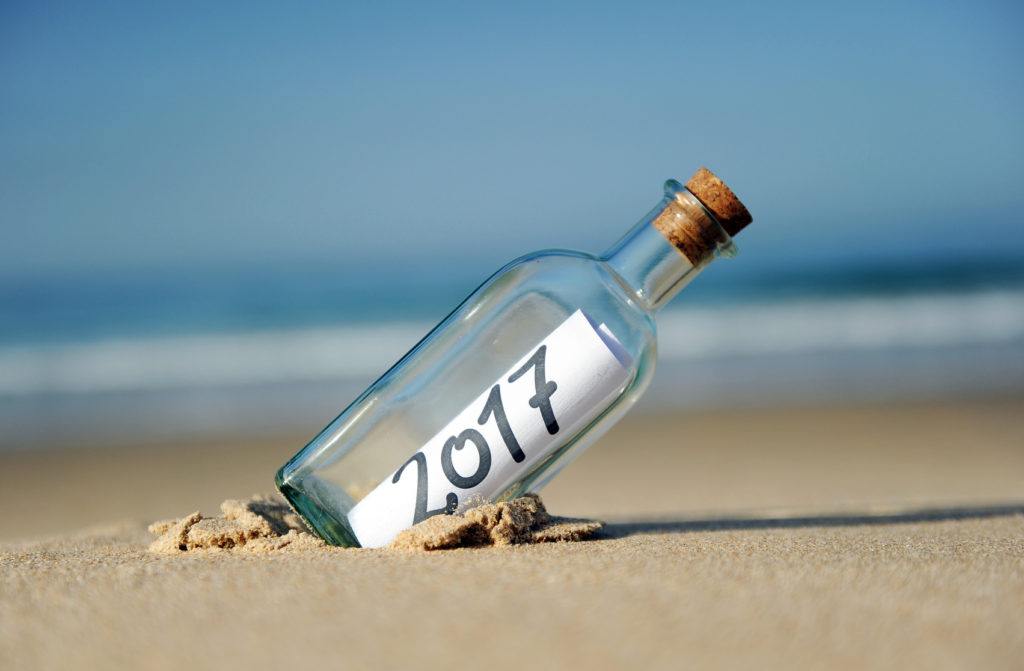 Will the changes to Medicare affect YOU in 2017?

Read on to find out the exact changes you’ll see in 2017, and how these changes may or may not affect you based on the plan(s) you have.

Premiums are based on taxable income.

Here are the new parameters for 2017 that determine what you’ll pay (for those NEW to Medicare, or higher income earners).

For Medicare Part B premiums, there’s a “Hold Harmless” provision for those already on medicare, having premiums deducted from your Social Security check (for incomes less than $85k [$170k joint]).

These folks will see a small increase to $109.

For everyone else (for example, higher income earners or those new to Medicare), the lowest level Part B premiums will see an increase from $121.80 to $134.

What About Part A Premiums?

Most of you probably get your Medicare Part A (inpatient hospital coverage) at no additional cost.  That remains the same in 2017.

Click on the image below to view, save or print the free, two page pdf containing all the changes in one document! 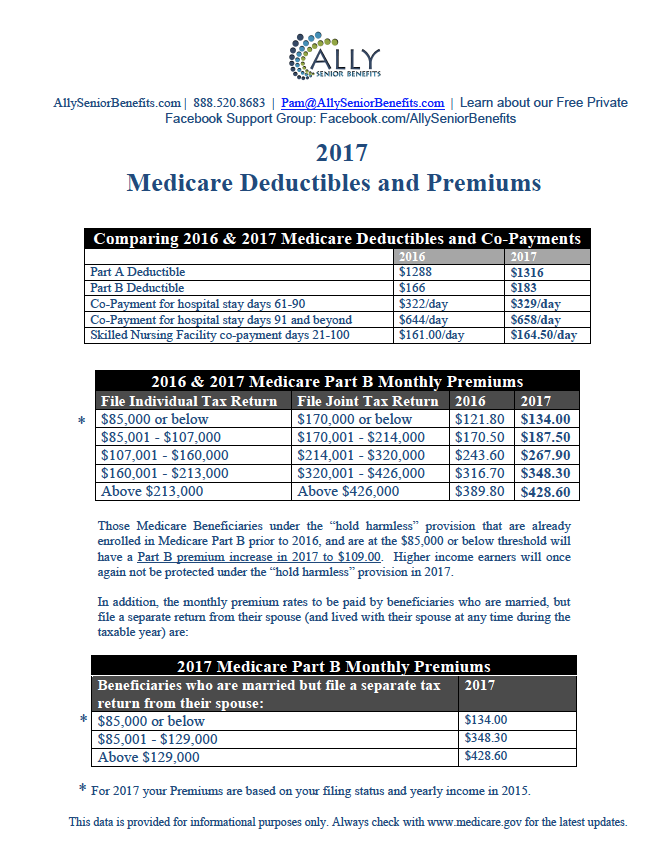 The Part A deductible is what you pay when you are admitted to the hospital for days 1-60.

This affects those on the following Medicare Supplement Plans:

These are the plans that let you pay the part B deductible.

What does this mean for you?

Beginning in January, your Medicare deductible will reset.

So if you are on plan G, you will pay the first $183 of medical costs of the calendar year in 2017 (at the Medicare discounted rate).

The deductible is only for outpatient (Part B) –  things like office visits, labs, tests, etc.

The deductible is with Medicare, not the insurance company.

What if you’re admitted to the hospital?

If you go in the hospital, that’s covered under Part A, not Part B.

If you have a Medicare Supplement (Medigap plan), Hospital (Part A) is covered at 100%.

I pay a deductible – should I get a “better” plan?

If you’re thinking, maybe I should get that plan that doesn’t have a deductible (Plan F)?

You may want to re-think that.

Because the deductible IS factored into your monthly cost on Plan F.

The deductible is still there, but you pay EXTRA for plan F to cover it FOR you.

One way to look at it, is plan F is like Plan G, PLUS the cost of the $183 deductible, plus an admin fee.

Because the extra annual cost in premium for Plan F is always more than the Part B deductible, just to cover the deductible.

Plan G is simply the better value, and in some situations (depending where you live, and your circumstances) Plan N and Plan D may be a good value also.  (Plan D is making a comeback)!

Plan pricing, and which may be the best fit, varies by state and zip code.

Be sure to get plan specifics that are pertinent to your zip code. Costs vary according to age, sex, tobacco usage, and zip code, and vary carrier to carrier.

What to Watch out For

Watch out for “Observation Status” when you’re admitted to hospital.

You could be billed under Medicare Part B if you are admitted under observation status.

In this case you’d be charged the $183 deductible by Medicare, but once that’s paid, no more deductible for the rest of the year.

What is changing for the Part D drug plans?

How do these changes affect Medicare Advantage Plans?

Medicare Advantage plans may experience changes to their networks – either doctors dropping out of a network, or the plans dropping a network mid year.

Your Medicare Advantage benefits are locked in for one year only.

Medicare Supplements (Medigap policies) are guaranteed renewable, and your benefits may not change no matter what happens to Medicare.

Medicare Supplements will continue to see rate increases, but some companies and plans experience much lower rate increases over time.

While some carriers allow us as agents to go in and see rate increases for our client list in advance, many don’t.

So please reach out if you have received a rate increase notice, and you want to explore other options!

Sometimes you may switch, and sometimes not (depending on health, in most states).

But no one can take your Medicare Supplement away, as long as your premiums are paid.

Which plans may be switched during the open enrollment period?

The annual open enrollment is only for switching your drug plan and Medicare Advantage plans, NOT for switching Medicare Supplements, which may be done any time of year.

Will you be turning 65 soon, and are currently enrolled in a Marketplace plan through the Affordable Care Act with one of the large insurance companies?

If so, make sure they do not automatically enroll you in their version of Medicare Advantage!

This is called “seamless conversion.”

Companies ARE allowed to do this, and it may not be in your best interest!

They roll you into their Medicare Advantage plan without asking, and without your permission.  The only notification is a letter.

Imagine the stack of mail when you turn 65, and how easy it could be to overlook such a switch!

You deserve to find out all your options.

Q: What happens if I change Medicare Supplement companies halfway through the year? Does it affect my Part B deductible?

A: No, because the deductible is through Medicare, not the insurance company.

If you have already met the deductible, or you have a plan F that already paid it, you do not have to pay it again.

Questions and comments are welcomed below!

Or, join the community to get advice, ask questions, and see what peers are doing for their medicare coverage!